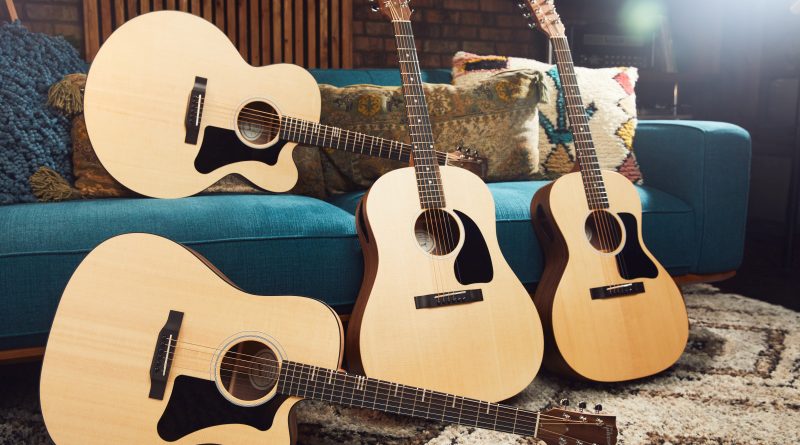 A new generation of artists has arrived, and the iconic American guitar brand Gibson has completed a new evolution of the acoustic guitar player’s voice, originally conceived in 1964. Gibson comes from the Gibson laboratory and launched the new Gibson Generation Collection of Acoustic guitar. Inspired by the 1964 blueprint in the Gibson archives and the continuation of Gibson’s iconic innovation history, the Gibson Generation Collection provides HEAR MORE OF YOU with a new sound experience, with a balanced tone wood and a slender and comfortable neck, at an affordable price.

The guitars are handmade at Bozeman by highly skilled artisans who make all Gibson acoustic guitars. Composed of four models: G-00, G-45, G-Writer and G-200, the Generation Collection is equipped with Gibson Player Port in the upper round: Gibson Labs today improved the original Gibson concept in 1964. Gibson Player Port passed Project sound to the player to provide a truly unique and immersive sound experience.

Gibson Player Port allows players to hear more of their own voice when the audience hears it. All the speakers of the Gibson Generation Collection have a crisp and sweet sound, designed to make you feel comfortable to hold and play for a long time. All Generation Collection guitars use Gibson Player Port, a slim and light body, a flatter fingerboard radius, walnut back and sides, Sitka spruce tops and stunning natural finishes. G-200 and G-Writer are equipped with LR Baggs Element Bronze pickup system, which can amplify deep bass and clear treble.

New guitars by a new generation of artists have come out. Gibson Generation Collection can help players hear more of their own voices, through its most prominent feature: Gibson Player Port, to provide a new and more immersive sound experience. Gibson works with three songwriters and performers who represent a new generation of diverse guitarists and songwriters: Amythyst Kiah, Nikki Lane and Scarypoolparty; all come from different backgrounds as they continue to challenge to gain global recognition Traditional way. These artists are fearless in their creations and have a relentless obsession with perfecting their own voices, inspiring performers of all generations and music genres.

With artistry and expressiveness, Amythyst Kiah managed to blend many American music together. Amythyst was born in Chattanooga, Tennessee. She was initially inspired by alternative rock. In her early twenties, she studied bluegrass, old time and country music, and then released her first solo album “Wary + Strange” this year. Pitchfork described her new album: “Kiah’s independent spirit, great talent and insight into music have produced dazzling results… Wary + Strange is a rock album, it does not follow anyone’s rules, and It’s her own rules.”

Nikki Lane brought new life to the tried-and-tested voice, blazing a trail in the rural soundscape of the mid-century, as if they were the trails she had been familiar with all her life. She worked in fashion in Los Angeles and moved to Nashville after a difficult breakup in New York. The twists and mileage shaped her lush, stylish, naked songs. Nikki Lane’s stunning third album Highway Queen is now available, and the young Nashville singer has become one of the most talented songwriters in country and rock. Rolling Stone described her album as “inspired by the street, modern shell, just like Johnny Cash’s middle finger without apology.”

Alejandro Aranda, also known as Scarypoolparty, uses his guitar to deliver a dynamic sound stream, through his creative, cinematic and genre-curved arrangements, from alternative, pop and hip-hop to classical music Pass his warm and gentle voice. In just a few years, these talented geniuses brought Scarypoolparty from the corners and backyards of Southern California to the headlines, festivals, and global influence and praise in the United States. His third album The Act of Forgiveness is now everywhere.

G-00 is based on Gibson’s pioneering small living room acoustic guitar in the 1930s, and is the first choice for blues and fingerstyle guitar performances. Despite its more compact size, G-00 can still achieve a complete and balanced sound. G-00 fills any room with rich tones-players can listen in an unprecedented way, equipped with the exclusive Gibson Player Port™. Like all models in the Gibson Generation Collection, the G-00 is handmade in Bozeman by the skilled craftsmen who make all Gibson acoustic guitars. G-00 has a beautiful solid Sitka spruce top and a solid walnut back and side panels, with a crisp and pleasant tone. The thinner G-00 living room-sized body is perfect for holding and playing. The TUSQ pillow and pillow and Grover Mini Rotomatic tuner provide solid tuning stability, so you can spend more time playing instead of tuning. The practical neck has an easy-to-play neck contour, which is very Comfortable, you don’t want to put it down.

The G-45 is a round shoulder guitar that adds Gibson Player Port to its famous “Workhorse” J-45 style body, which is Gibson’s best-selling acoustic guitar ever. The G-45 provides all the sounds with incredible dynamic range in an elegant medium body size. The G-45 is part of the Gibson Generation series. Like all models in the series, it is hand-made in Bozeman by the same highly skilled craftsmen who make all Gibson acoustic equipment. It has a solid Sitka spruce top and a solid walnut back and side panels, and the sound is crisp and pleasant. The G-45 is characterized by a slightly thinner body with round shoulders, which makes it extremely comfortable to hold and play. The TUSQ pillow and pillow and Grover Mini Rotomatic tuner provide solid tuning stability, so you can spend more time playing instead of tuning. The practical neck has an easy-to-play neck contour, which is very Comfortable, you won’t want to let it go.

Gibson’s impressive square shoulder guitar series has become the standard of performance for rock, pop, folk and country artists. G-Writer is known for its wide range of sounds, from bold and loud, to soft and sweet; whether it is playing chords or fingering complex solos, they are suitable for all styles and sparkles. G-Writer is equipped with LR Baggs Element Bronze pickup system and open-ear Gibson Player Port, ready for stage or studio. G-Writer is handmade in Bozeman. It has a solid Sitka spruce top and a solid walnut back and side panels, and the sound is crisp and pleasant. The G-Writer has a slightly thin sectioned body, which makes it more comfortable to play and allows easy access to the top grade. TUSQ pillows and pillows and Grover Mini Rotomatic tuner provide solid tuning stability, so you can spend more time playing instead of tuning. The practical neck and its easy-to-play neck contour are very comfortable. You don’t want to let it go.

Gibson made its first “Super Jumbo” SJ-200, as a custom order for country and western singer and movie star Ray Whitley, he wanted a large, loud and deep flat top that he could groan on. The SJ-200 soon became the lead singer of cowboy singers and horseback troubadours, then country music, folk stars of the 60s, and various acoustic guitar genres that followed. Ray will be proud to hear the rumble of Gibson Player Port on the new G-200, which is equipped with the LR Baggs Element Bronze pickup system, which can be used on stage or in the studio. The G-200 has a beautiful solid Sitka spruce top and a solid walnut back and side panels, and the sound is crisp and pleasant. The thinner G-200 faceted giant body is extremely comfortable to hold and provides excellent contact with the top grade. TUSQ pillows and pillows and Grover Mini Rotomatic tuner provide solid tuning stability, so you can spend more time playing instead of tuning. 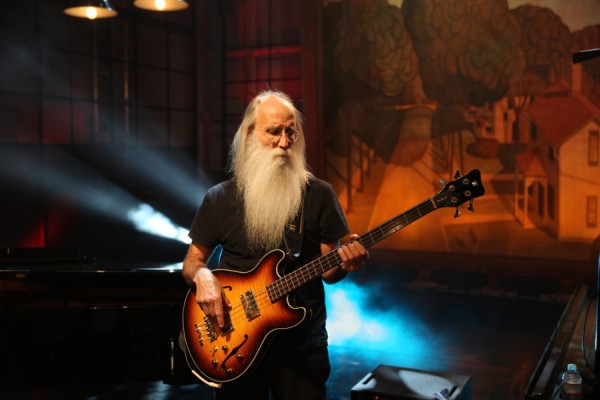 Framus and Warwick Artists at the Grammys