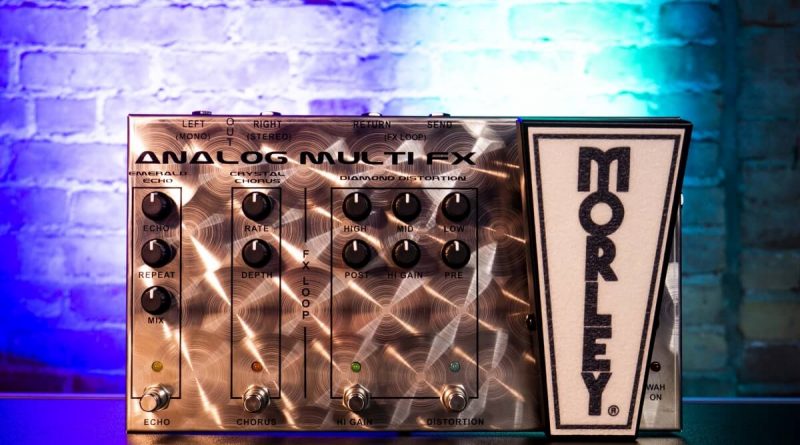 Morley, makers of pedals, switchers and audio solutions, is proud to announce the release of the Analog Multi FX. This new multi effects pedal has a Switchless Wah, Distortion with a Hi Gain switch, an FX Loop and Stereo Chorus and Echo. These are also reissues of classic Morley® circuits dating all the way back to the 1970’s. It is completely Analog and has a simple user interface. Street price is $499.

First in the chain is a Switchless Wah. Simply step on the treadle to activate and step off to Bypass. It is also Optical, which won’t wear down or break like a traditional potentiometer based Wah pedal. In addition, it has an LED to let you know when it is on or in Bypass.

Next in the chain is the Diamond Distortion. This is the latest evolution of Morley® Distortion and is based off our 1990’s circuitry. It has 3 EQ controls for Hi, Mid and Low and Pre and Post Gain controls. It also has a Hi Gain footswitch option, which when activated brings the Gain on full throttle and is adjustable with the Hi Gain control knob. This increases Gain and Level. It has plenty of juice to stand alone but does blend well with amps and other effects.

After the Distortion is the FX Loop for other pedals or for using with your amp. The Analog Multi FX is also equipped with a Premium Buffer circuit to protect your Tone from any mischief in your signal chain. You will not suffer Tone Loss from long cable runs or by using it with many other effects.

Third in the chain is the Crystal Chorus. This circuitry comes from the 1980’s Stereo Chorus Vibrato and delivers a Massive Sound in Stereo. Long time Sale Manager Bill Wenzloff states, “If you’re looking for that 1980’s Chorus sound you’ve found it.” This uses the same coveted Panasonic chips from the original circuit, which have been stored in Morley’s Secret Vault for decades. It’s quite versatile for just having a Rate and Depth control and can give you anything from a light fluffy Chorus to a wicked Vibrato. You can even get Univibe sounds out of it.

Last in the chain is the Emerald Echo. This circuit is based off the 1970’s Echo Chorus Vibrato and has New Old Stock Panasonic Bucket Brigade Chips. It delivers a Massive Ping Pong sound in Stereo and ranges from a quick slap back Echo to a large hall Echo.

The Analog Multi FX Measure 12” x 6.85” x 2.75” (L x W x H) and weighs 4lbs. It’s constructed with Heavy Duty Spun Stainless Steel that pays homage to the original chrome Morley’s of back in the day but without the fingerprints. It fits perfectly on Pedalboards like the Pedaltrain Metro but if you’re looking for a travel bag Morley® recommends the Gator Cases Multi FX or Transit Series. Available now at Morley Dealers Worldwide. 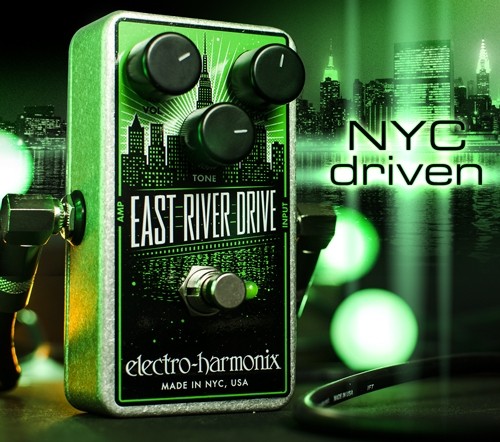 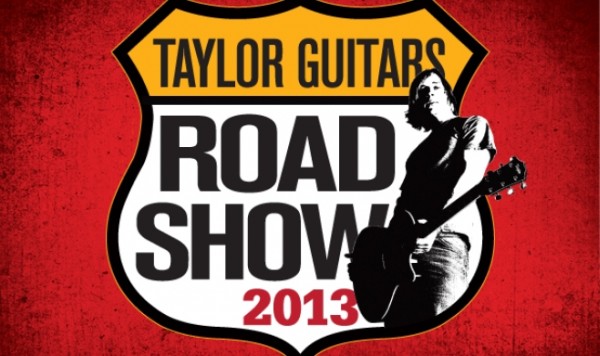