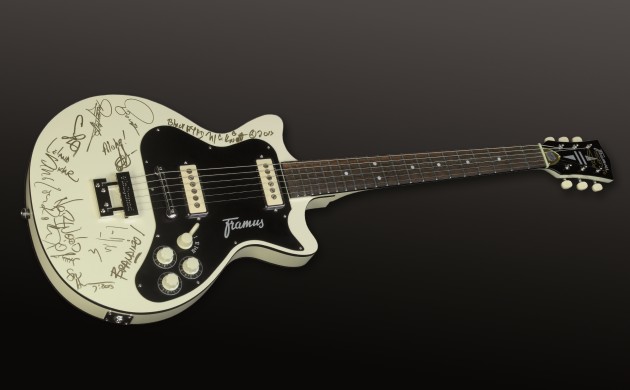 Warwick & Framus are lending their support to an auction of a brand new Framus Vintage Hollywood guitar signed by 25 high-class musicians. The company valuephone GmbH will be auctioning the guitar, which is valued at approximately 1,000 Euros, for a good cause. Using the charity auction website “United Charity” (www.unitedcharity.de), bids can be placed online from July 25, 2013 to September 7, 2013. The entire proceeds of the auction will be split evenly between the project „Kinderschutzengel: PC am Krankenbett“ (“A guardian angel for childen: providing computers for children’s hospital beds”) and the children’s hostel Tannenmühle in Markneukirchen. The managements of the valuephone company and Warwick & Framus are both the initiators and the volunteer organizers of the auction.

The guitar has been signed by several world-famous guitarists and bassists such as Lee Sklar, Robert Trujillo, Wolf Hoffmann, T.M. Stevens and Stevie Salas. Each signature was obtained individually by Warwick CEO Hans-Peter Wilfer who took the guitar with him to trips to the USA. The donor of the guitar is the valuephone management. All guitar and music fans who either do not wish to bid online, or are unable to do so, can also submit their bids by contacting the organizers.

The auction proceeds will provide support to two charity projects for children. The project “Kinderschutzengel: PC am Krankenbett” gives critically ill children, who would normally be unable to attend school, access to the classroom at a single mouse click. As a result, the project enables them to participate in everyday life to a considerable extent. The project was started in 2009, initially at the German Heart Institute in Berlin. 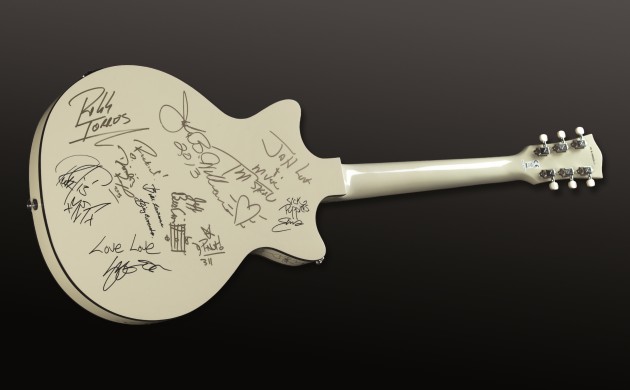 The children’s hostel “Tannenmühle” is located in Erlbach, which is a municipality of the town of Markneukirchen located in the Vogtland area in Saxonia. The hostel, which focuses on orthopaedagogy, is a place for children, teens and young adults who can no longer stay with their families.“Tannenmühle” provides care and education for children, both in school and outside of school in order to allow them to feel safe and accepted. “I really love playing in the hostel band, I play electric guitar. Also, I really like the beautiful forest around us.” (Thomas, 11 years old, quoted from the hostel’s website). Both charity projects are located near a one of the two valuephone offices in Germany. The head office of valuephone is located in Berlin, whereas most of the software development takes place in Schöneck, Saxony.

The auction will enter its final stage during the Bass Camp 2013 (hosted by Warwick in cooperation with Gitarre & Bass magazine) and Warwick’s Open House Day on September 7, 2013 in Markneukirchen. The finale of the auction will take place in the factory of the electric guitar and bass manufacturer, and will also be viewable online.

All bids can be submitted on the United Charity website at www.unitedcharity.de 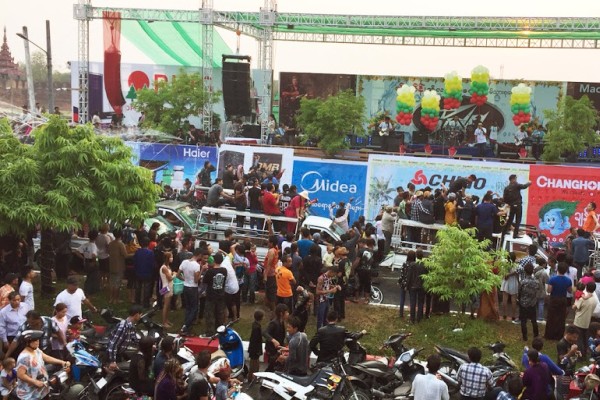 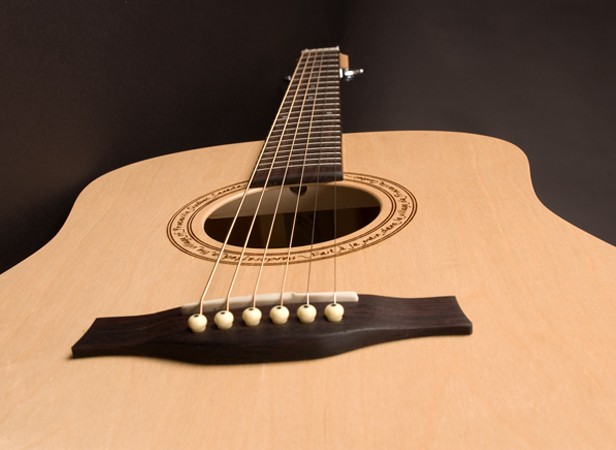 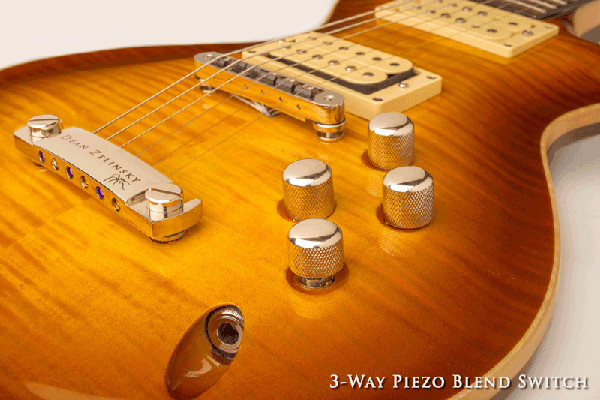