While talking with Jason Newsted about his latest album “Heavy Metal Music”, we asked about some side projects he did in the past and found out that music is more than just artistic self-expression for him…

TopGuitar: There’s a mysterious IR8/Sexoturica record in your discography. What’s that?

Jason Newsted: Those are just projects from the nineties. IR8 was the first demo kind of fun super-group I put together with Devin Townsend and Tom Hunting from Exodus [the second one, Sexoturica, with Andreas Kisser of Sepultura on guitars]. It was the second year that I had my Chophouse studio built, October 1994, and Devin was going to be 20 years old or something. That was the first one of those, and it was always just a demo and actually it was never meant to be released out to the people, but eventually over time it got out. So now we’ve shared some archives with the people. There’s a few of those that showed up that were just jam sessions between accomplished musicians. So that’s a handful of those but there are many, many… hundreds of recordings actually that exist at the Chophouse, but nobody has heard them.

TopGuitar: So it’s all about having a little bit of fun with music?

Jason Newsted: It’s balance in life. If I don’t have the music, if I don’t play, then I’m f***ed up, everything is f***ed up. If you talk to my wife – she’s my girlfriend for 11 years and now she’s my wife, the closest person to me – she knows that if six days go by that I don’t play, on the seventh day if she doesn’t call some of my friends to come over or I don’t call some of my friends to come over, things start to get really f***ed up. The balance is really screwed up, I get really mean, I get really angry, I get really short, that kind of thing. So I have to play. I can’t go more than a week without being loud.

TopGuitar: But you actually do have a hobby besides music, which is painting…

Jason Newsted: That’s a passion I’d call it – it’s not a hobby once people start paying 20 thousand bucks for a painting… [laughs] 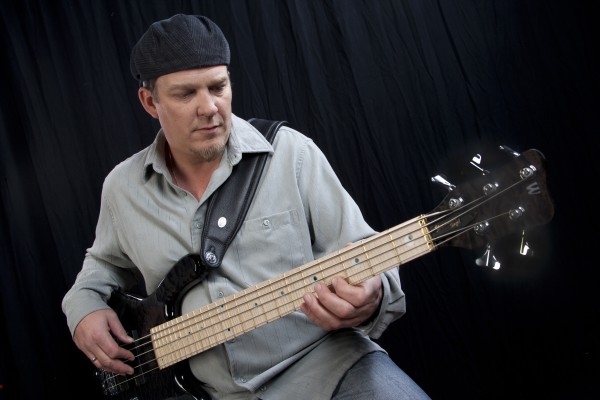 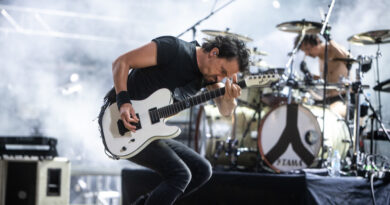