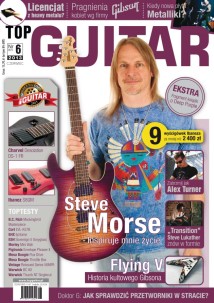 The June edition of TopGuitar magazine – one of Poland’s most popular guitar and bass magazines – is out now! The main feature of TopGuitar’s first Summer issue is Steve Morse, guitar player of rock legends Deep Purple along with the book with the band’s biography. The June edition also features an interview with Steve Lukather and loads of information from world’s most renown artists and guitar equipment manufacturers.

Although we had to wait eight years for Deep Purple’s new studio album, it was worth it! Bands like this don’t have to bother what they do, because they already have their place in the pantheon of rock granted. For “Now What?!” kudos among other band members go to Steve Morse and his guitar playing as well as to Bob Ezrin who pushed the band into new direction by refreshing its sound. How did it happen? – Employing Bob helped each and every one of us because we knew that there is someone experienced with us to help us make decisions. We could just throw out ideas and talk about how we could use them. – said Steve Morse to Piotr Nowicki, TopGuitar journalist. Find out more about Deep Purple’s demanding producer and the band’s way to musical resurrection by reading the whole interview in June edition of TopGuitar. Additionally, there’s an excerpt from the book “Smoke On The Water: The Deep Purple Story” by Dave Thompson published as part of the cover story.

Another prominent guitar player to meet in June’s TopGuitar magazine is Steve Lukather. He experienced the ups and downs of musical fame like no one else – now, he’s back with a new album “Transition” to give evidence of his transformation and once again delight music fans and impress the critics – will he make it? We hope he will, as he confessed: “I had to redefine my soloing style. I’ve lost it – I know it and I’m sorry. Take me aside and hit me if you like, but no one can hit me as hard as I’d hit myself.” You’ll find an interview with Steve by Piotr Nowicki as well as the review of Lukather’s latest record in June edition of TopGuitar magazine.

All of you interested in the gear side of guitar universe might like to check out the latest news and instrument reviews as well as our regular column by Doctor G – this time discussing the topic of checking the pickups in a Strat. In the “Test Drive” zone we present Alex Turner of Arctic Monkeys and a few sets of equipment to achieve his tone. That’s not all! We also give you the story of the immortal Flying V by Mikolaj Sluzewski.

June edition of TopGuitar magazine contains a lot of interesting information: a list of Ibanez ‘racing’ guitars below $750 and famous guitar players classification by height being just a few of them. Go and grab your 6/2013 issue of TopGuitar! (in Polish only) 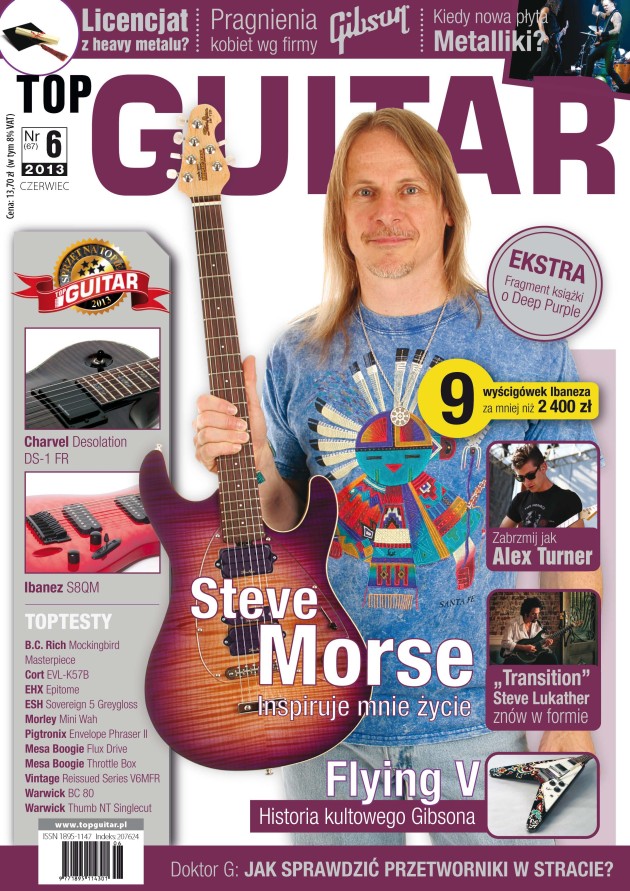 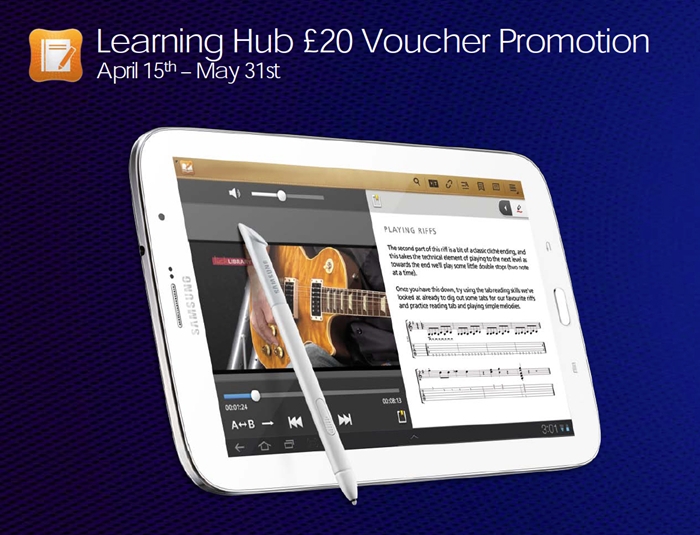 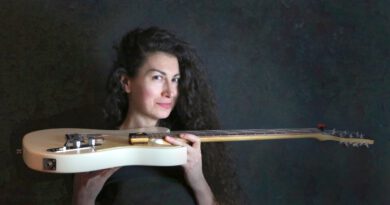 Guitar Camp at Musikmesse 2017: running order available as from today