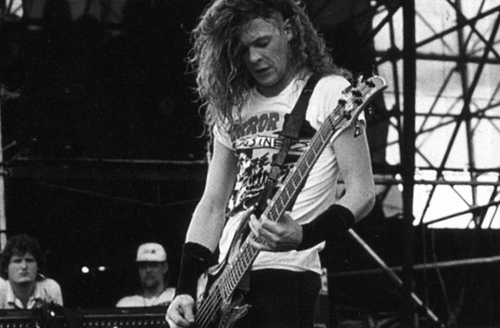 In an interview with Jason Newsted, the legendary bass player of Metallica, Voivod and Flotsam and Jetsam, currently fronting his own band, we asked him about his equipment and favorite instruments.

TopGuitar: How does your present bass rig look like?

Jason Newsted: My rig is combined of two Ampeg SVT cabinets with two old 300’s [meaning 300 watt Ampeg heads] and two Mesa 4 × 12’s with 200 watt Marshalls – I split them up, there is no by-amp just a straight split. No pedals this time around, just my hands. I got a new Sadowsky bass with new electronics in it and it f***ing crushes! And of course I play that old Sadowsky with all that chips and stuff on it from Metallica days that’s still on tour with me. And [Gibson] SG’s with Orange amps for guitar.

TopGuitar: You’ve played Sadowsky basses for years. What is it about those instruments that they fit so well in heavy music, while also being the bass of choice for many jazz and fusion players?

Jason Newsted: They definitely started as jazz and funk basses, and they transferred over to rock once some of us realized the power of them. Jazz guys know what they’re doing and funk players like Marcus Miller, Will Lee, these kind of guys that make their living every day out of a very serious bass playing – for them the tonality has to be exact, it has to be a workable tone. I’ve always said that Sadowsky is the “turbo-Fender”. I’m not taking my [Fender] ’58 or ’59s out on the road – who in their right mind would do that? But I’ve found an instrument that sounds as good as a ’58/’59 with a little bit more juice, which for my application is really great, ’cause I need a little bit more juice, and I’m not afraid to take them out on the road and break cymbals with them and take chunks out of them, but I would never do that with my old Fenders. So being a “turbo-Fender” for modern day is why Sadowsky still rules it for me. What’s important for me is the consistency of this instrument time after time and that with Roger [Sadowsky] we developed a great rapport over the years, and he understands what I need in a bass. It has to be very light weight and very heavy sounding, a combination between those two things. I have to play a really light instrument now because of my neck problems over the years, and so that’s what he’s been able to build for me. He is building two new ones right now that are gonna be really f***ing sick, so, we’ve got it dialed, we got new electronics dialed, I went to pick the bodies out… So I’ll stick with Sadowsky pretty much to the end.

TopGuitar: Any other favorite instruments? I’ve read there’s a Dingwall in your collection too..

Jason Newsted: Yeah, Dingwall and other stuff too… You know, I have been collecting for thirty years, it’s a pretty serious collection, there’s no two ways about that. Guitar-wise while I’ve been playing SG’s on these shows, I have custom Paul Reed Smiths that I use with Papa Wheelie and the other things – that’s my main choice for guitar. Bass-wise I still bring up the Spectors every once in a while, I got these two Spector-designed Jason Newsted models, they got really hot EMG pickups that I bring out for the five string sometimes as far as recording in the studio, but other than that the consistency of Sadowsky is what I stay with. It’s the thing that I know the best now and I can work with the most as a producer. 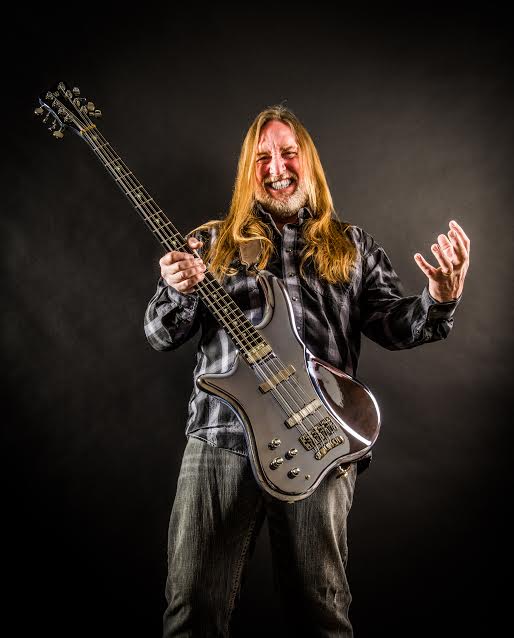